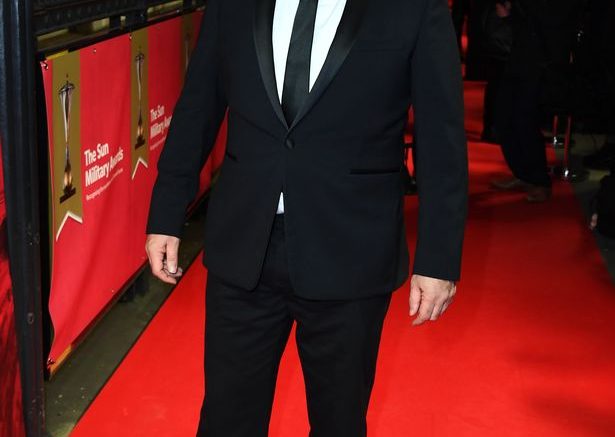 DIY SOS star Nick Knowles, 57, is single, having split from his PR girlfriend Emily Hallinan back in January.

The star recently opened up about his newfound bachelor status, explaining he was in a better place than he has been for a long time.

The presenter revealed: ”There are times in your life when you are with someone, and there are times when you’re not. And being single can actually be a very positive thing.

“Having a three-month, enforced sit-down has actually been one of the best things that’s happened to me in my life.”

He then continued to The Sun: “I feel in a better place now than I have done for probably 20 years, just spending some time getting to know yourself before re-entering the fray.”

Nick has previously spoken out about his “commitment issues”.

He once told the Daily Mail: “My relationships have pretty much followed a pattern.

“They last six months and start off with me explaining that I work a lot, so will have commitment issues.

“The women involved agree that that is fine, then after a month I get a phone call saying, ‘This isn’t on.’

“After three months, we split up, then get back together. After five, there’s another tussle. At six, it’s all off.”

But who has the Nick dated in the past? Let’s take a look back at his dating history…

Nick was married from 1995 to 2000 to a woman called Gillian, with whom he had three children, he then moved on with fellow presenter Suzi.

The duo lived together for three years, but it didn’t last.

Nick then went on to have his fourth child with Jessica, a son called Eddie in 2014.

The Who Dares Win presenter supported Jessica through her struggle with cervical cancer but they then went on to split up in 2016.

In a tirade on Twitter, the blonde beauty accused Nick of “emotional cruelty, abuse and eventually isolation” during their marriage and stated that he was refusing to pay for their son’s education

Nick met former Emmerdale star Gemma at the TV Choice Awards in September 2016, where he promptly asked her out to dinner.

Things seemed to be going well and they went on a romantic trip to Edinburgh.

However, she then claimed he dumped her via text and she told The Mirror: “I’ve learned to keep my guard up since meeting him.”

The Only Way Is Essex star Pascal was first spotted on a date with Nick in 2017.

In an interview with The Sun the brunette beauty confirmed they were seeing each other, saying: “He’s so lovely.

“We’re dating, we’re seeing how it goes. I have a fun time with him.

“He gets portrayed badly but he’s a nice guy. We are meeting again soon.”

However Nick went on to publicly deny that they were a couple, and even went so far as to accuse the reality star of having a midlife crisis.

However, Pascal got her own back a year later, when in an interview with The Sun she called him “creepy”.

She explained: “It was clear early on he only had one thing on his mind. He was desperate to get his leg over but he was so forward I found it really off-putting.

“Even when we were having dinner in a posh restaurant he was trying to snog me. He is creepier than a creepy-crawly.”

The next beauty on Nick’s arm was marketing executive Rebecca Kearns, whom he was revealed to be dating in January 2018. She was 30 years younger than him.

He introduced her to his son, but they split after eight months together and The Mirror reported him as saying: “I’m not into dating”.

In November 2018, former Big Brother star Aisleyne claimed Nick had flirted with her but then found out she was not in her twenties.

She said on the Jungle VIP podcast: “Nick was trying to kid himself he tried to chat me up that one time. That’s all I know!”

She then continued: “And then he must have Googled me and found out my date of birth and realised I was far too old for him!”

She continued: “He’s a delightful gentleman and I like a silver fox but I do feel like something happened when he realised I wasn’t under 30, and then I was dumped.”

Nick began dated PR Emily, 26, for a year and they reportedly got together after swapping messages on Twitter about a work opportunity which culminated in Nick telling her to get in touch.

They were initially spotted at a West End show with a source telling The Sun at the time: “They arrived pretty incognito but were definitely on a date inside.

“She was cosying up to him during the show and they shared a couple of tender moments during the emotional parts.

“It didn’t appear to be a serious relationship but it’s clear that they were into each other.”