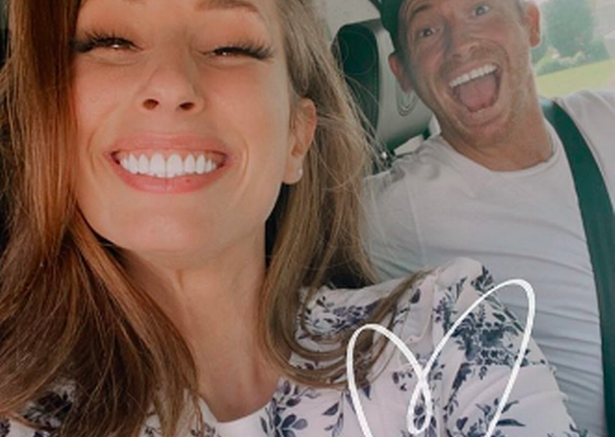 Joe Swash’s new campervan has been given a Stacey Solomon style makeover thanks to a few Ikea fejka plants and her signature touches.

The Loose Women star had branded Joe’s new £50,000 vehicle a “monstrosity” when it first arrived on their driveway, but it appears she’s come round to the idea after giving it her trademark transformation.

After seeing how much her three children loved the shiny white Volkswagen, Stacey delved into her stash of fake foliage and decorations to spruce up the interior.

Stacey, who shares one year old son Rex with Joe, and is also mum to sons Zachary, 12, and Leighton, eight, said they were all excited to take out the van for a ride.

“The boys are so excited because we’re going to take the campervan out for a spin,” she said.

But then giggled as she added: “But not before we make it a bit more homely… Fejka’s to the rescue!”

Stacey had dipped into her fake plant stash from Ikea, which are called ‘fejka’ by the homeware store, and picked up three mini green bushes.

She then filmed a montage of her sprucing up the van, putting the fejkas inside a storage shelf as well as adding crisps and other snacks in a cupboard using her familiar storage technique.

The mum of three then went on to fill up the fridge with milk, water, and fizzy pop before cleaning the sink and the hob.

Stacey then finished it off with more home comforts including Rex’s stuffed bunny and blanket, her favourite mug and some tea and sugar.

She also hung up a material rainbow that had been in Rex’s bedroom as well as adding some cushions on the backseat.

The family were all ready to go, with Stacey adding a “done” sticker as she showed off the results.

She then shared a selfie of an excited Joe as they set off on their day trip and added a sweet message: “I don’t know why but I feel really emotional.

“I just keep thinking we could go anywhere (legally we can’t but you know what I mean!)”

Check before you head out Leicestershire Live – Leicester News …