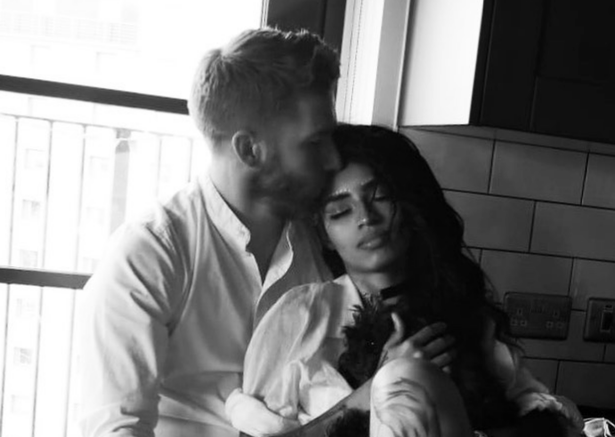 But, reports say Neil and Luisa’s happiness has been tainted as 23 year old Luisa’s ex, DJ Hannah Wants, reported her to the Home Office last month.

Luisa had originally come to the UK on a fiancée visa, with plans to marry superstar DJ Hannah, 34, it has been claimed.

But, the pair have now split which would make Luisa’s visa invalid.

A source said: “Neil and Luisa seem really happy together. But underneath it all there has been this mess.

“Hannah is unsure whether Luisa really came over here planning to marry or just used her.

“She is angry, and a bit bemused that Luisa is in such a high-profile relationship so soon after they split.”

The insider continued to The Sun Online: “Luisa was already in the country when she met Neil.

“Hannah thought Luisa was going to extend the fiancée visa, because they were talking to register offices about a wedding. Then as quick as a flash the romance was over.

“So Hannah did the responsible thing and spoke to the Home Office.

“She thought Luisa would have to leave and apply for a new visa.”

It has also been reported Luisa now has a student visa, but it is usually necessary to leave the country to make the application for one.

The source added: “Luisa never mentioned applying to do a course, or apply for a student visa.

“Hannah also told people that Luisa has previous visa problems in Spain, from when she worked in Ibiza.”

Neil went public with his romance with the Colombian dancer in August.

The 38 year old, who recently revealed the reason behind his separation from Katya, took to his Instagram feed to share a black-and-white sweet photo of himself placing a tender kiss on Luisa Eusse’s forehead.

The snap sees the professional Strictly Come Dancing star wear a white shirt with denim jeans, while his new love interest matches with a similar baggy white shirt and a pair of shorts while allowing her long brunette hair to cascade over her shoulders.

He captioned it with a simple orange heart emoji.

Following a recent launch, property seekers are now able to check out a selection of newly released homes at an exciting neighbourhood…

Pupils at a primary school in Melton Mowbray are furthering their efforts to observe and help local birds, thanks to a donation…

I’m a local artist and am having my first solo exhibition at the Sock Gallery, Loughborough from Thursday 21st April to Saturday 4th June….