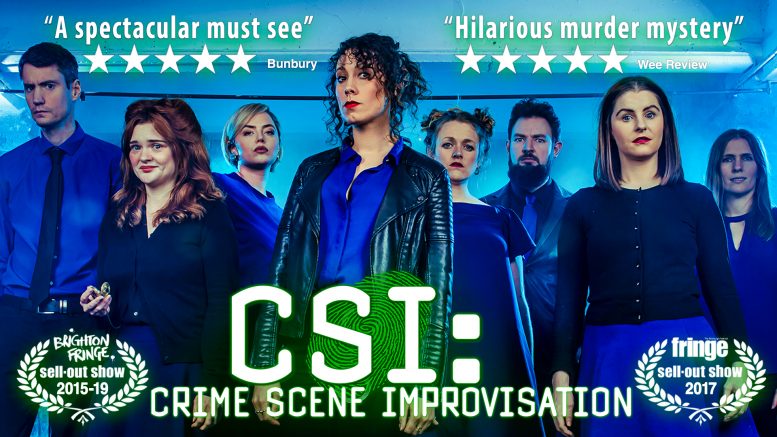 Mirth meets murder in the world’s daftest whodunnit. Following five-star sell-out runs at the Edinburgh Fringe, CSI: Crime Scene Improvisation returns to Leicester with a rip-roaring crime comedy made up entirely on the spot. A fully improvised, witty and absurd murder mystery. No one knows who the killer is; not even the cast!

———————-
The Chandeliers are an established theatre company performing improvised comedy. They are London based and formed in 2014.

The Leicester Comedy Festival is an annual comedy festival held in a number of venues across Leicester, England early in the year. In 2022 it runs from the 2nd to the 20th of February. 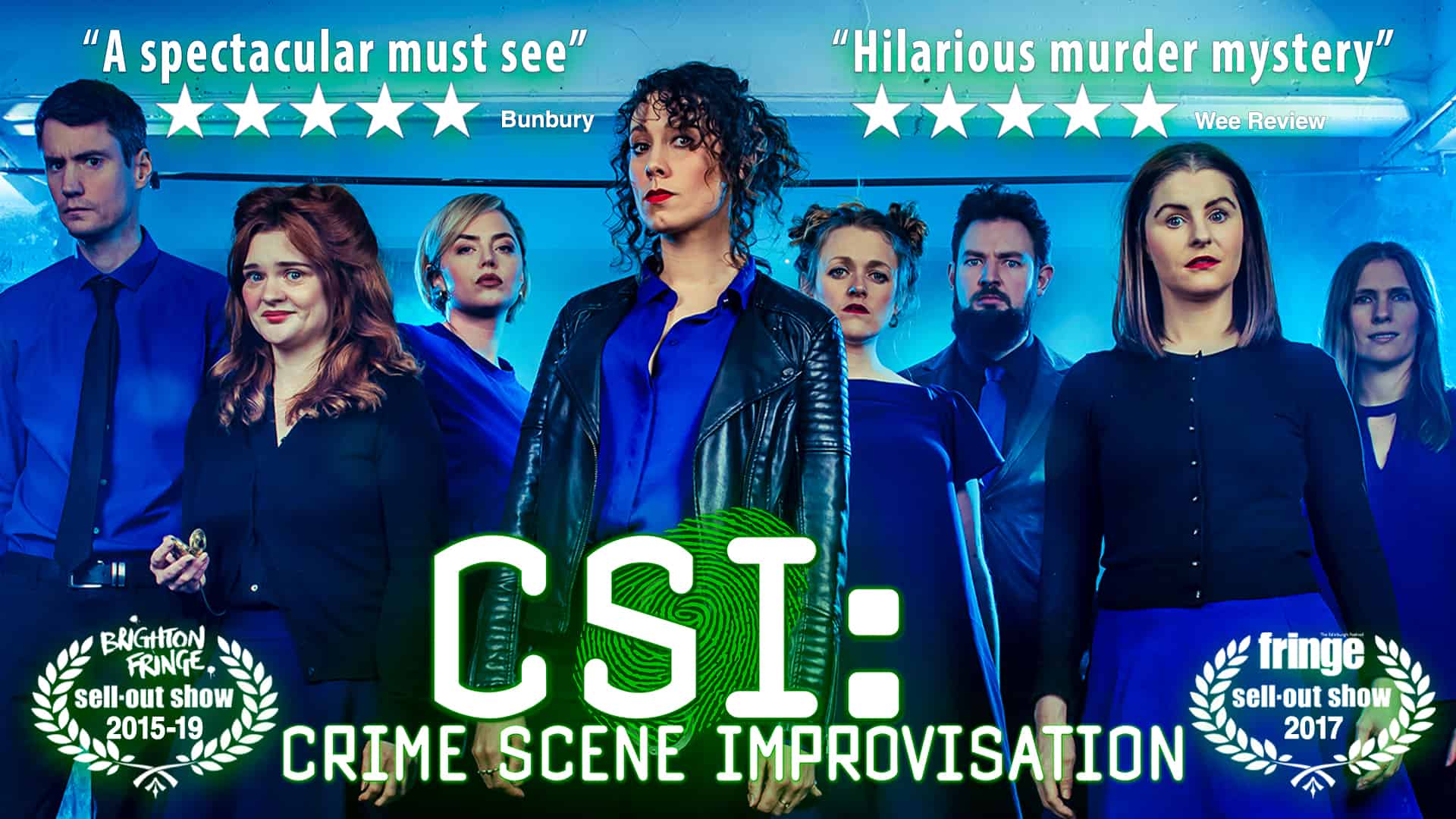