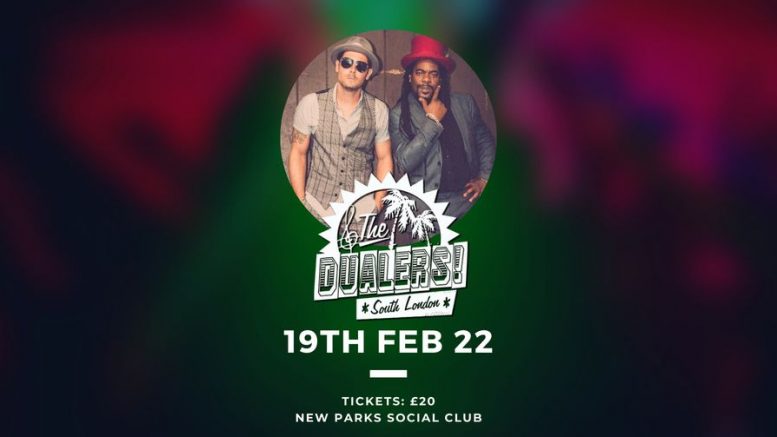 The fantastic Tyber and Peter return to New Parks Club to give you an amazing night of live music! These guys are unreal and it will be a night not to be missed!

The Dualers are an eight-piece ska / reggae band from South East London.  Initially comprising brothers Si and Tyber Cranstoun, and now led by Tyber following Si’s departure in 2010 for a solo career, they first developed a profile when the single “Kiss on the Lips” entered the UK top 30, peaking at 21, in October 2004 despite no industry backing.