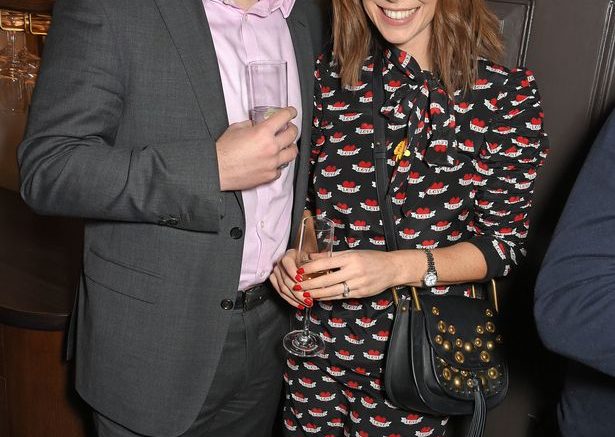 Alex Jones has opened up on the arguments she has at home with her husband Charlie Thomson.

The 43 year old admitted she and Charlie “have a go at each other” and relate to comedian Chris Ramsey and his wife Rosie.

Chris and Rosie host the popular podcast S**gged Married Annoyed, with Welsh beauty Alex joking that she and Chris are similar to the hilarious pair.

The One Show host interviewed the married couple on her BBC Radio Wales show at the weekend, with Chris telling her: “We try to be really, really honest with our listeners, too honest in some respects.

“With this week’s one, we’re just saying if you’re down, it’s okay. I was really down this week and I didn’t really want to do the podcast and we did it and it’s lovely when you hear people on Twitter and stuff, people have been saying I really helped them and we’re all in the same boat.

“We don’t know what makes it successful, we don’t have any clue, but we just try to be real and make each other laugh and have a go at each other and that’s all we do!”

It was then that Alex stepped in and discussed her own marriage to Charlie, who she shares two sons with.

She interjected: “I know what it is, it’s because you make the rest of us feel better because you’re talking about the same things that we’re arguing about and I’m like, ‘Oh, other people get it too, see Charlie!,’ He’s having a load of mentions on this programme, poor thing.

“But yeah I think it is that and sometimes we both listen to it and he’s like, ‘There you are, you see, Chris thinks that as well!’

Alex’s most recent show was much more light-hearted than the week previous, with the stunner being left in tears after a conversation with a guest.

She was left emotional when speaking to fellow TV presenter Steph McGovern, who has landed her own Channel 4 show named Steph’s Packed Lunch, with Alex admitting to her pal that she has to “pinch” herself over her achievements.

Alex said during their chat: “I have to ask because sometimes you get that sort of ‘pinch me’ moment.

“Can you believe and did you ever think that you would have a show that was being created around you? It makes me really emotional for you.”

Clearly taken aback by Alex’s emotions, Steph interrupted: “Oh!,” before The One Show host added: “Your own studio. It’s really exciting. Did you ever think that was ever going to be a possibility?”

Steph said: “No, well you and I, Al, are from similar backgrounds. Statistically, people with our backgrounds [don’t] tend to do what we get to do.

“It’s a bit of luck but also it’s a lot of hard work, even though I’ve worked really hard.”

Following a recent launch, property seekers are now able to check out a selection of newly released homes at an exciting neighbourhood…

Pupils at a primary school in Melton Mowbray are furthering their efforts to observe and help local birds, thanks to a donation…

I’m a local artist and am having my first solo exhibition at the Sock Gallery, Loughborough from Thursday 21st April to Saturday 4th June….