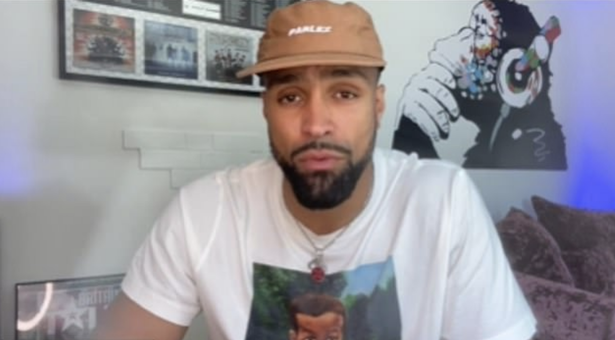 Diversity’s dance routine on Britain’s Got Talent on Saturday, 5 September, saw the group carrying out a BLM inspired dance routine, which caused a split in viewer opinion.

Now, Ashley, 31, who is currently a judge on the Britain’s Got Talent panel, has addressed the response to the routine in a seven minute Instagram video, calling the positive discussion around the dance the “biggest gift ever.”

He said: “If I’m honest with you to be able to stand on the very stage that launched Diversity into the limelight as a judge on the panel, standing up for something, using our art to spark nationwide conversation, what more could I ask for as a creative and an artist?

“There’s been what 15-16,000 complaints of negativity thrown back at the performance, but trust me I’m right in the centre of it and the negativity is in the minority.”

“A lot of the negativity, nastiness and racism shows exactly why the performance was needed. Racism is very real, I’ve known it before and I definitely know it now.”

Ashley continued to say that, after the performance, he’d received an overwhelming amount of negative comments but added that he’s still “standing strong.”

Despite the negativity, Ashley concluded that he’s “so happy” to have opened up the discussion with the routine, adding: “If that’s what it takes, then that’s a price that I’m absolutely willing to pay.”

The dancer then went on to discuss the performance itself, which saw choreography reference the tragic death of George Floyd, and the subsequent protests.

Britain’s Got Talent returned on Saturday night, with the second semi-final pulling in 4.95 million viewers.

Following on from the thousands of Ofcom complaints Diversity’s dance received, the ITV show has been hit by controversy.

There was a decrease of 350,000 viewers on Saturday from the previous week, but numbers were still strong with 5.7 million tuning in at its peak.

Prior to his video, Ashley also shared a post of himself, Anthony Joshua and Lewis Hamilton while hitting back at the comments he’d received.

The post had the words: “Dear Joshua and Banjo and any other Black public figures. We the Great British Public will only support you if you entertain us and do not say anything about racism.”

Ashley wrote alongside it: “For the people sending this:

1. You do not represent or speak for the Great British public.

2. Silence was never and will never be an option.

3. Change is inevitable… Get used to it #Diversity,” he said with a warning.